Greater Bank lights up for the Newcastle Jets 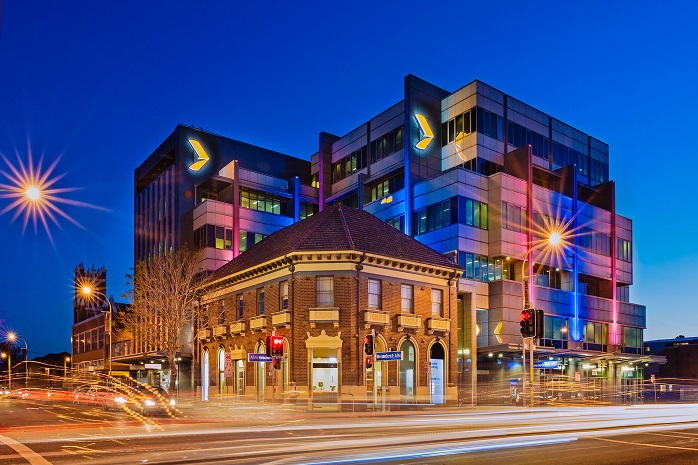 As Newcastle gears up for one of the biggest sporting events in the regions history, Greater Bank is showing its true colours by lighting up its Head Office in red and blue.

The lights were switched on the exterior of Greater Bank’s Tudor Street head office building last night and will light up each night in the lead up to Saturday night’s A-League Grand Final between the Newcastle Jets and Melbourne Victory at McDonald Jones Stadium.

Greater Bank has been the major community partner of the Newcastle Jets since 2015, a club that will carry the hopes and dreams of many thousands of football fans across the Hunter and beyond this weekend.

Greater Bank’s CEO, Scott Morgan, praised the team for the hard work and determination that has guided them to a place on the greatest stage of the A-League season.

“This really is an incredible story; from last to a grand final in the space of 12 months. We’ve been delighted to have partnered with the Jets and this journey and can’t wait to be part of the Grand Final in Newcastle on Saturday night,” Mr Morgan said.

“Our support of the Jets has always been about helping the club connect with the community, creating ties between the sport’s elite and its fans and future players at a grassroots level.

“We’d like to think that this connection with the community, along with the success of the team, will ensure a capacity McDonald Jones Stadium on Saturday night cheering feverishly for the home team.”

Not only will Greater Bank light up its Head Office this week, but its 25 branches across the region will also have display their support by decorating their offices and dressing up in the team colours on Friday as part of the countdown to the season decider.