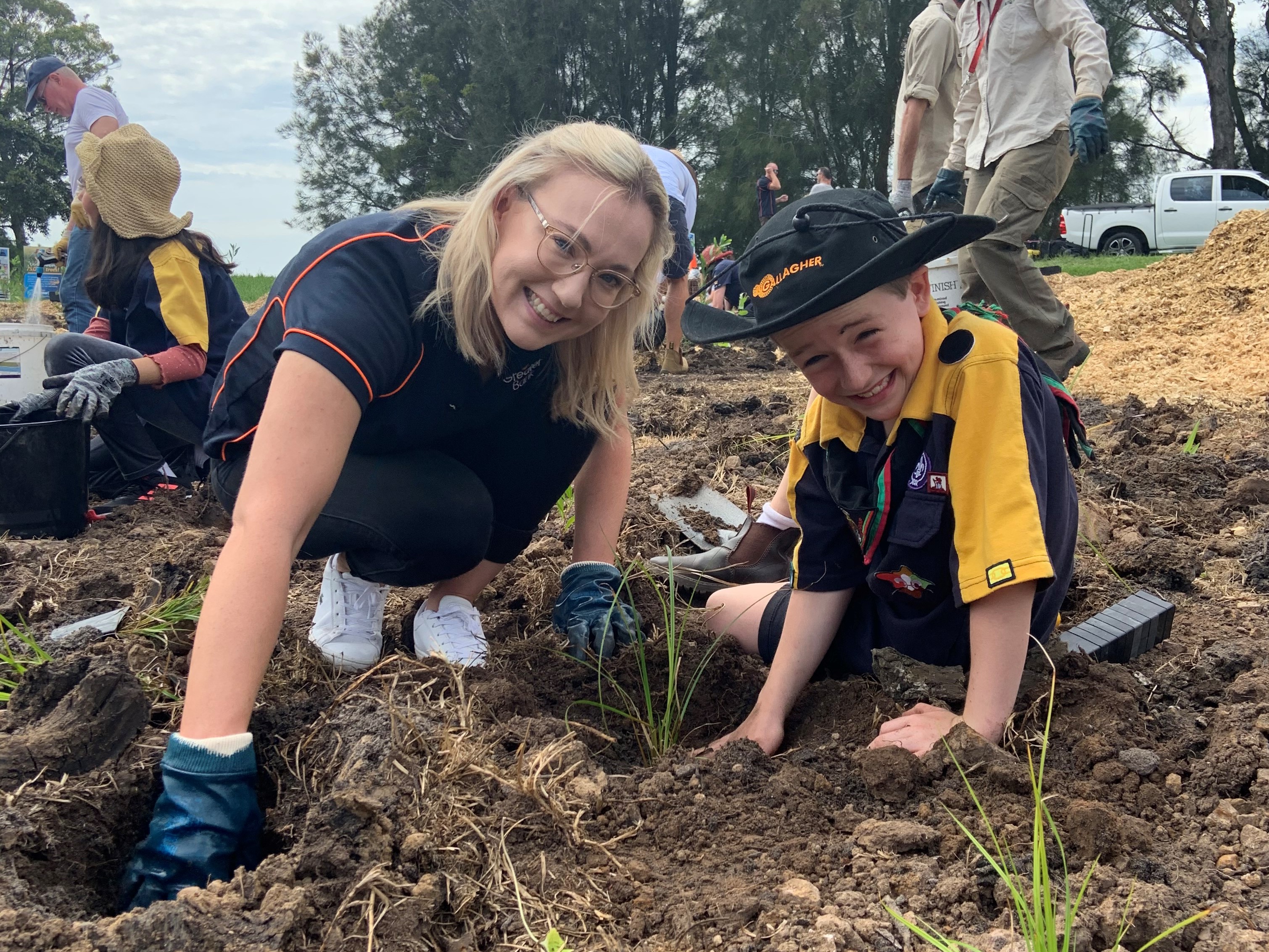 The Illawarra is a major beneficiary of Greater Bank’s 75th anniversary celebrations, receiving 10,000 trees to be planted at sites across the region.

To mark 75 years of growing greater together, Greater Bank is planting 75,000 trees in the areas it calls home across regional NSW, including the Illawarra region, an area in which Greater Bank has been operating in since 1973.

Lord Mayor of Wollongong, Cr Gordon Bradbery, along with Greater Bank Regional Manager, Greg Creagan, launched the planting program recently at Hooka Point in Berkley, where they were joined by Greater Bank employees and members of the community who planted the first of the 1,500 trees earmarked for the site.

“Wollongong City Council is focused on making our city greener across its parks, open spaces and streets through our Urban Greening Strategy,’’ Cr Bradbery said.

“We work closely with many enthusiastic people in our community to get trees, shrubs and plants into the ground so that we can all enjoy the environmental benefits that they offer.

“I welcome Greater Bank’s commitment to support a better, greener, environment for all with the addition of a further 5,000 native trees and shrubs at sites across the city.’’

Over the coming weeks and months, the program will also see plantings undertaken across the Wollongong City Council area, including Guest Park, Fairy Meadow, Figtree Oval and Mountbatten Park, Corrimal, as well as two sites in Shellharbour – Bass Point and Blackbutt Reserve.

A mix of seedlings and more established plants that are native to the region have been selected to complement the existing flora at the respective sites.

Greater Bank Regional Manager, Greg Creagan, said the tree planting projects are symbolic of the role Greater Bank has played in growing together with its communities over the past 75 years.

“As we reach our 75th year of operation, we're proudly celebrating the role we have played in helping the communities we call home grow greater,” Mr. Creagan said.

“Since opening our first branch here in the Illawarra in 1973, this region has become incredibly important to our operations and today it is our second biggest market outside of our traditional base of Newcastle and the Hunter” Mr. Creagan said.

“It’s important for us, that in celebrating the milestone, we contribute to a cause that is important to our customers. The need to protect and nurture the environment was a consistent message delivered by customers across our areas of operation, which is why we’ve committed to planting 75,000 trees throughout regional NSW."

“The trees will not only provide these communities with an ongoing legacy to mark this milestone, but as they grow, they will provide an enduring symbol of our commitment to social responsibility and sustained support of local communities.”