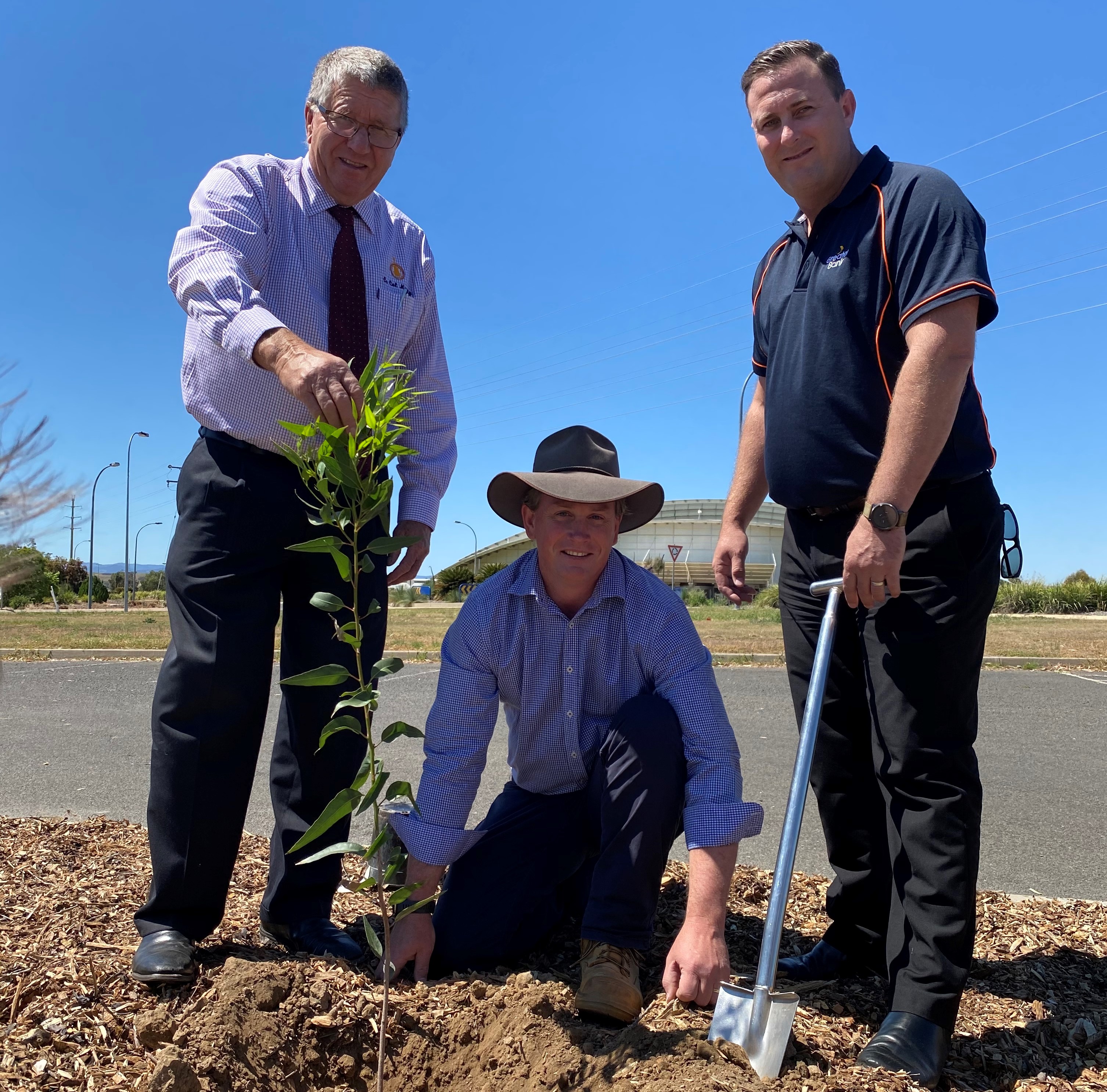 The Tamworth Sport and Entertainment Precinct is a major beneficiary of Greater Bank’s 75th anniversary celebrations, receiving 10,000 trees to be planted across the site.

The Tamworth tree planting project is one of a number of projects that Greater Bank is conducting as it aims to plant 75,000 trees in the areas it calls home across Regional NSW to mark 75 years of growing greater together.

The small to medium sized Coral Gum (Eucalyptus torquate), named in honour of its coral-pink flowers, that will be planted along Jack Smyth Drive will create an attractive avenue along the main road access to the sporting facilities.

There will also be plantings at the newly upgraded Tamworth Hockey Complex and the Tamworth Sports Dome, including the Athletics and Velodrome.

A selection of plants native to the area including eucalypts, kurrajongs and vegetation of varying shapes and sizes have been chosen for the project and will be planted at various locations across the Tamworth Sport and Entertainment Precinct.

In launching the campaign, Mr Marshall said the tree-planting project is symbolic of the role Greater Bank has played in growing together with its communities over the past 75 years.

“As Greater Bank reaches its 75th year of operation, we're proudly celebrating the role we have played in helping the communities we call home, including here in the New England region where we opened our Tamworth branch in 1980,” Mr Marshall said.

“It was important to us that in celebrating this milestone, that we contribute to a cause that is important to our customers and communities. The need to protect and nurture the environment was a consistent message delivered by customers, which is why we’ve committed to planting 75,000 trees throughout regional NSW.

“We’ve thoroughly enjoyed working with Tamworth Regional Council to bring to life a project that will provide an ongoing legacy to mark this milestone. As these trees grow, they will provide an enduring symbol of our commitment to social responsibility and sustained support of the Tamworth community.”