Want to help make a #GreaterCentralCoast with us?

Animals in need to benefit from Greater Central Coast funds

Animal abuse and neglect is sadly too often a part of life, which means organisations that help rehabilitate and rehome them are in constant demand and in need of funding support.

So Greater Bank is pleased to be able to help Claws ’n’ Paws Rescue Group, which has won the popular vote and will receive $2,000 from the August round of the #GreaterCentralCoast Community Funding Program.

“Our organisation is all volunteers and we are entirely reliant on adoption fees, donations and grants to keep us going, so the $2000 from the Greater is very welcome and will help to cover some of our ongoing costs,” Deb said.

“We work to rehabilitate animals and some of them need significant veterinary help, which can be very expensive. We also microchip, vaccinate and desex all the animals we care for before we find them a permanent home.

“We help more than 1000 animals each year, so with the food and vet bills, our costs add up very quickly.”

Adam (Molch) Hillier Memorial Surf Classic and Kariong Neighbourhood Centre have both received $500 as the runners-up for the month.

“We know the demand for companion animals has risen sharply during the pandemic, but that not all those relationships work out, so we’re delighted to be able to help Claws ’n’ Paws keep doing their work,” Josh said.

“We also know that the past 18 months has been really difficult for fundraising, which makes the #GreaterCentralCoast Community Funding all the more important.”

The nominees for the September round of the #GreateCentralCoast community funding program are the Global Sisters, Bears of Hope Pregnancy and Infant Loss Community Garden and Wyong Neighbourhood Centre Inc.

The public can cast their vote online here. Voting closes at 5pm on Wednesday 29 September. 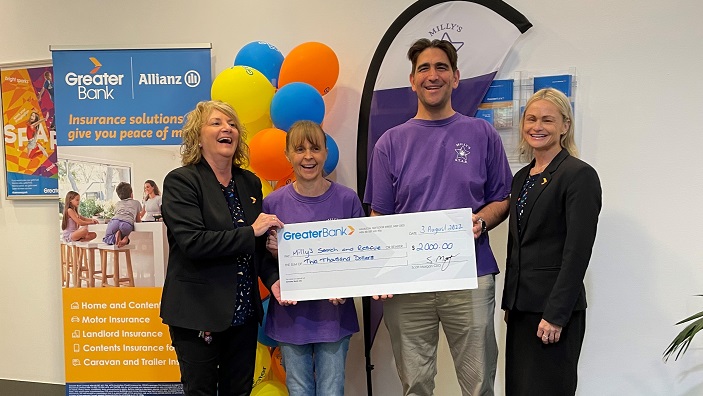 Funding to support the search for lost dogs

For more than six years, Roundabout Circus has provided people in the Central Coast an outlet to unlock their personal and creative potential, as well as deliver social inclusion through circus arts. 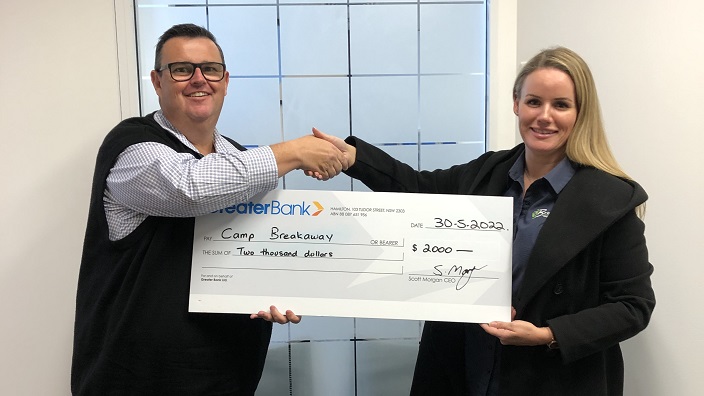 Community Funding Program to provide care for the carers

Camp Breakaway has won $2,000 for taking out the public vote in the May round of Greater Bank’s #GreaterCentralCoast Community Funding Program.