Want to help make a #GreaterIllawarra with us?

Korimul Gang Show back in 2022 with help from #GreaterIllawarra funding

The show must go on…hold for another 12 months, but the Korimul Gang Show will be back bigger and better than ever in 2022, thanks to a funding boost from Greater Bank.

The Korimul Gang Show, which is produced by Scouts and Guides from the Illawarra region and involves up to 100 people in cast and crew, has taken out the August round of the #GreaterIllawarra Community Funding Program and has received $2000.

“We had to postpone last year’s show for 12 months, but after two weeks of face-to-face rehearsals this year we had to move to online. Then we realised we weren’t going to be able to go ahead, so we’ve had to cancel this year’s show as well,” John said.

“It’s usually on every two years and the most recent seasons have been at the Illawarra Performing Arts Centre, so we’ve been able to sell lots of tickets which is the main way we cover our production costs. We also usually do other fundraising like a trivia night and a Halloween night, but the pandemic means we haven’t been able to do those either.

“The $2000 from the Greater will help pay for the larger rehearsal space we had to hire to comply with COVID restrictions, pay for renovations to our storage hall and cover money we would otherwise raise through companies sponsoring the show.”

“Giving young people opportunities to take part in activities like amateur theatre is extremely valuable in helping them learn to work in a different kind of team environment, as well as developing skills on stage or behind the scenes,” Greg said.

“We know how hard the last 18 months has been with the impact on fundraising and uncertainty about whether or not events like the Gang Show could go ahead, so we’re very pleased to be able make a contribution.”

The September round of the #GreaterIllawarra program is now open with Celebrate T21, Berkeley Eagles Junior Rugby League Club and South Coast Writers Centre in the running for a share in the $3000 funding.

The public can cast their vote online here or by visiting a Greater Bank branch. Voting closes at 5pm on Wednesday September 29 2021.

Korimul Gang Show back in 2022 with help from #GreaterIllawarra funding

The show must go on…hold for another 12 months, but the Korimul Gang Show will be back bigger and better than ever in 2022, thanks to a funding boost from Greater Bank. 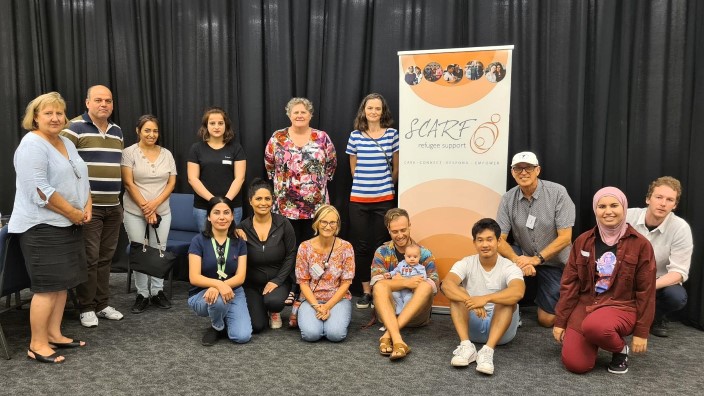 People making a new life in the Illawarra after escaping persecution in their countries of origin face many challenges as they settle in an unfamiliar place where English is not their first language.