Greater Bank on board with Wollongong Monopoly

After much anticipation, the official Wollongong MONOPOLY board launches today.

Locals and tourists alike can now play the world’s most popular board game in a way that immortalises The Gong and its landmarks.

Greater Bank proudly features as part of the South Coast version of the iconic board game, after joining forces with Winning Moves previously in launching the Newcastle version in 2019.

As the official financial partner of Wollongong Monopoly, Greater Bank will feature as one of the utilities on the board, as well as on all game-money, and within the Chance and Community Chest cards.

In helping to launch Wollongong Monopoly this week, Greater Bank's Shellharbour branch was thrilled to welcome Mr Monopoly to help promote the game. Pictured below is Bianca Thomas and our Shellharbour team. 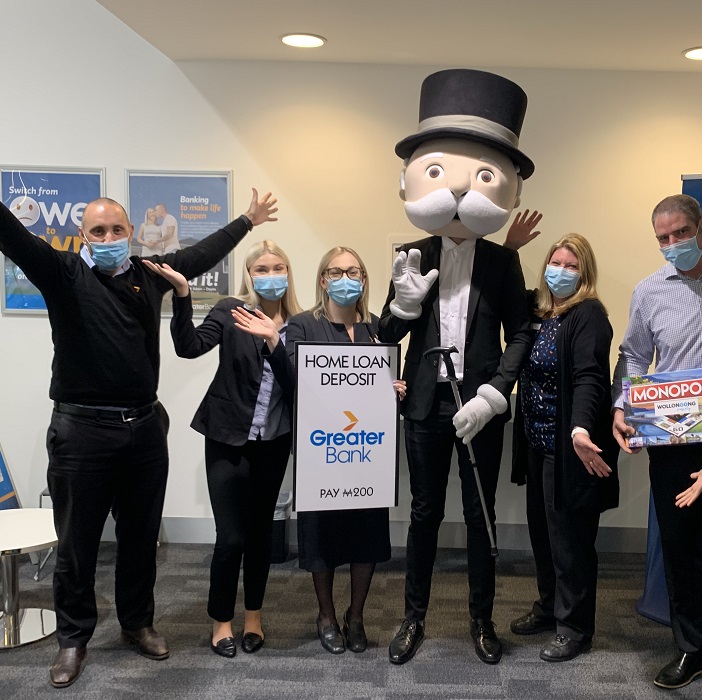 Over the past few months thousands of people and businesses have had their say, and after much deliberation, the locally themed properties selected that will make the entire game a truly local experience are:

Dale Hackett, representative from Winning Moves (the makers of licensed Monopoly editions) said: “This edition will be everything you love about the traditional board, adapted in a way that the citizens of Wollongong requested."

"We’re grateful for everyone who had their say about what they wanted to see on this board, and we hope it’s one that local families will enjoy for generations to come.”

The MONOPOLY game first hit the shelves in 1935 – since then it has been played by more than 1 billion people. Today, it is played in 114 countries and enjoyed in over 47 different languages.

Helping our communities grow greater together

Newcastle Jets have received a welcome boost on the eve of the 2021/22 A-League season with long-term sponsor, Greater Bank, extending its Community Partnership with Club until the end of the season. 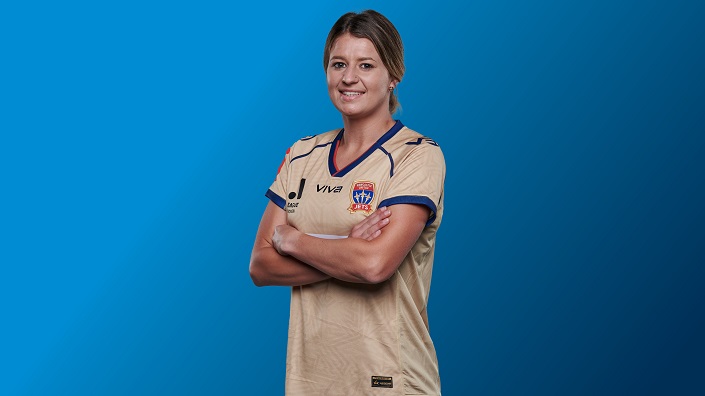 Christmas Carols back on the Coast in 2021

Mingara’s Christmas Under the Stars is back in 2021 and Greater Bank is delighted to be recommitting our support of this year’s event. 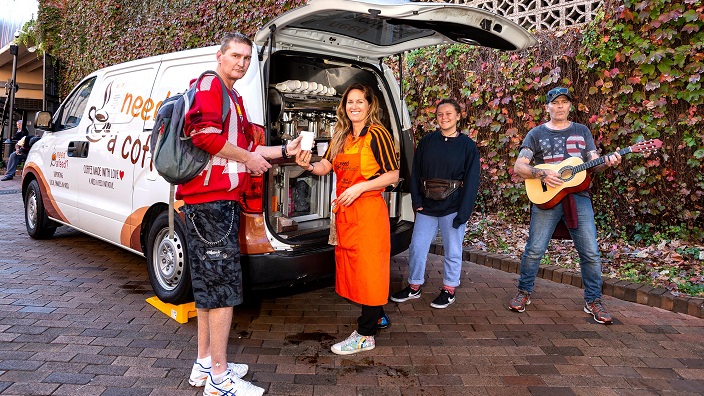 Need a Feed Australia has won the October round of Greater Bank’s #GreaterIllawarra community funding program, which this month focused on organisations providing COVID-related support.

Check out our extensive FAQ section.

Find your nearest Branch or ATM