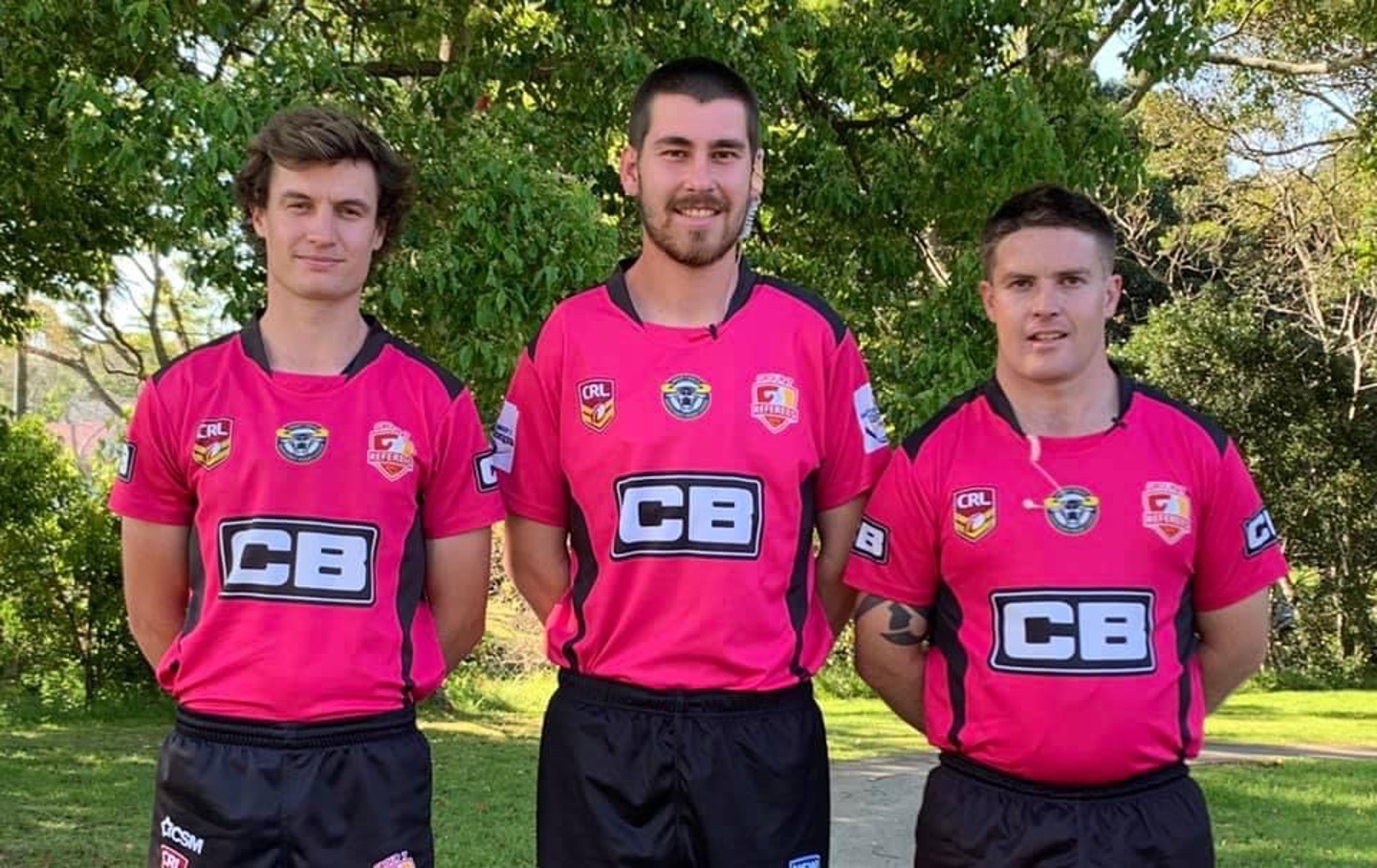 Rugby league referees from across the Illawarra region are set to receive new uniforms and equipment after Group 7 Referee Association took out the September round of the #GreaterIllawarra funding program.

For winning this month’s community vote, Group 7 Referee Association will receive $2,000 that will enable them to purchase new on and off field uniforms including new shirts, shorts, jerseys and socks as well as new training kits for their 75 rugby league referees.

Covering the geographical area from Albion South to Milton Ulladulla, Group 7 Referees Association provides match day officials to over 130 rugby league games across Under 6’s to First Grade divisions as well as expert training, mentoring and coaching for their referees.

According to Ryan Micallef, Director of Junior Development and Recruitment, Group 7 Referee Association, winning the #GreaterIlawarra funding program will allow them to cover considerable costs associated with recent structural changes to the group.

“The recent merger between Country Rugby League and NSW Rugby League means our previous referee uniforms are no longer relevant. As a result, we have to purchase 75 new uniforms with the updated logo for next years competition which comes at a considerable cost to us,” Ryan said.

“As a result of winning this month’s community vote, we can now use the additional funding to purchase new uniforms and training kits for all our referees so they can start off the new season on the right foot.”

Also sharing in this month’s funding was Southern Illawarra Men's Shed and Oak Flats Swimming Club who both received $500 to put towards operational costs.

Greater Bank’s Regional Manager, Greg Creagan, is excited to see the impact the program is having on community and sporting groups across the Illawarra.

“The monthly funding up for grabs through the #GreaterIllawarra program can have such a positive impact on community groups, especially smaller ones that don’t attract a great deal of public attention and continually have to work hard to fundraise every year,” said Mr Creagan.

“We are delighted to provide this contribution to Group 7 Referee Association, with the help of the community who have their say via the public vote, and see the difference it will make to local rugby league referees.”

The October round of the #GreaterIllawarra program is now open with Thirroul JRLFC - Mini / Mod Teams, Dapto Scout Group and Triumph Gymnastics all vying for a share in the $3000 funding.

The public can cast their vote online at greater.com.au/greaterillawarra or by visiting a Greater Bank branch. Voting closes at 5pm on Wednesday, 28 October 2020.