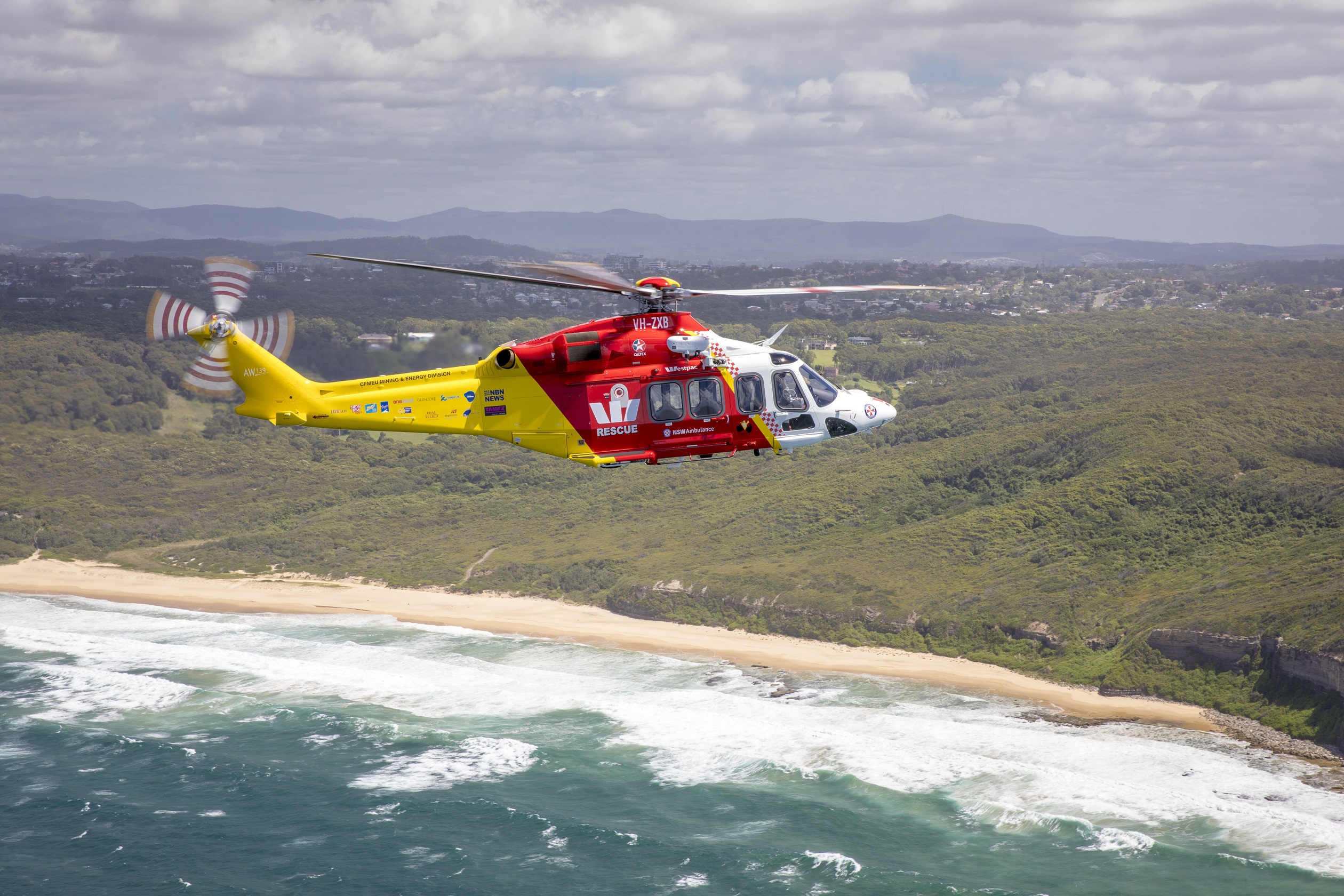 Five times a week on average the Westpac Rescue Helicopter flies someone who’s ill or has been seriously injured on the Mid North Coast to hospital for urgent medical attention.

The service is a critical part of the Mid North Coast health system and relies in part on public donations and fundraising to support its operations.

That’s been given a welcome $2000 boost thanks to the Westpac Rescue Helicopter Mid North Coasts volunteers support group’s success in the July round of Greater Bank’s #GreaterMidNorthCoast community funding program.

Richard McGovern is the Westpac Rescue Helicopter Regional Partnerships Officer for the Mid North Coast and said the grant will help support the service’s operations through our Local Support groups.

“We hold the contract with NSW Ambulance to cover the regions from the Central Coast to the Queensland border ,” Richard said.

“The aircraft that we use, the AW139, is pretty much a flying ICU unit, and all of our missions are flown with the doctor and a paramedic. This enables us to spend three to six to 12 hours on the side of the road or on a property or in the middle of the bush providing top level medical care.”

Richard said the increasing cost of medical services means fundraising is very important to the viability of the service.

“Each of our four helicopter are worth $18 million, which as you can imagine, takes a fair bit to keep in the air. On top of that, the Service employs over 220 people from operations and engineering teams, right through to marketing and administration.

“Around 70 per cent of our funding comes from the government but there is a shortfall of around about $12 to $15 million a year that we raise through the community.

“That comes through our sponsorships, donations, appeals and other community events including local Support groups. Work place giving is also big fundraiser for the service, which is where employees of businesses donate $2 a week out of their pay.

“A lot of our face-to-face fundraising has been impacted heavily over the past 18 months due to COVID. Our volunteers love to get out and fundraise, whether it be at barbecues or raffles or holding their own separate events, but just haven’t been able to do so.

“This #GreaterMidNorthCoast community funding program is most welcome and will go directly towards keeping the service in the sky. I’d like to thank everyone involved.”

“Having this service means that people who are badly injured get to hospital much faster which means they are more likely to survive and recover,” Jennifer said.

“Helping to ensure that this rapid response expert team can continue to operate on the Mid North Coast makes it a worthy recipient of our #GreaterMidNorthCoast funding.”

Wingham Pony Club and Great Lakes Childrens Centre each received $500 from Greater Bank as the runners up for July.

The August round of the #GreaterMidNorthCoast community funding program is now open with Coomba Park Rural Fire Brigade (Forster), Nambucca Valley Scouts and Taree Police Citizens Youth Club all competing for a share in the $3000 funding.

The public can cast their vote online at greater.com.au/greatermidnorthcoast or by visiting a Greater Bank branch. Voting closes at 5pm on 1 September 2021.

Want to help make a #GreaterMidNorthCoast with us?